The Form of Time 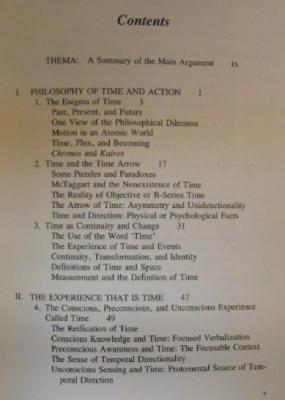 The nature of time has always been a tantalizing problem. Elliott Jaques, in The Form of Time, argues that the resolution of this problem is crucial for the proper development of our understanding of human behavior and social institutions. Jaques views life as categories of intentional processes and events, and as categories of goal-oriented episodes.

The author uses his two dimensions of time, the axis of intention and the axis of succession, to construct a 5-D framework for the living world. This framework makes it possible to identify and describe psychological and social entities as goal-directed episodes; to move directly to the equal-ratio scale measurements of properties of episodes, by starting with the lengths of time by which goals are intended to be achieved or social contracts arranged; and to separate objective measurement based upon temporality from the intuitive rating processes of attributed utility (preference scales). This framework also makes it possible to understand the level of human capability in terms of individual differences in the growth of the time-frame within which we organize our lives; to measure the level of work undertaken by people in terms of the maximum time-span of the planned completion of the specific tasks on which they are engaged; and to open up a genuinely dynamic approach to the understanding of interpersonal relationships of social institutions.